Especially the first two days were very intense for Mike and me, as we were involved in several workshops and tutorials.

On the first day of the conference, Mike and I held a tutorial on “Exploratory Landscape Analysis”. Later during that day, I was giving a talk on “Analyzing the Impact of Performance Indicator Parameterizations on the Assessment of Algorithm Performances” in the BB-DOB workshop.

On Sunday morning, Mike and I were supporting Marcus Gallagher in our joint workshop on “Investigating Optimization Problems from Machine Learning and Data Analysis”. And to conclude our marathon-weekend of talks and presentations, Mike was holding the “3rd International Workshop on Advances in Multimodal Optimization” on Sunday afternoon, in which I was invited to give a presentation on “Exploiting a Problem’s Multimodality for Improved Multi-Objective Optimization”.

As said before, these aforementioned sessions were pretty intense. But of course, we managed to recover from these days rather quickly – although I might have given a different response on that, if someone would have asked me right in the morning, after hiking up the steep hill to the university building.

Anyways, in retrospective we were more or less recharged when the conference officially started on Monday morning and thus were able to fully enjoy the entertaining keynote speech by Kurt Mehlhorn, as well as the set of very interesting posters – not only in the best paper session.

The remainder of the conference, including a nice Welcome Reception in one of the buildings from the university’s campus, was also very pleasant. After the conference was officially finished, I participated in a guided tour of the ancient campus of Coimbra. In fact, its buildings are so impressive that UNESCO named it a World Heritage Site in 2013. 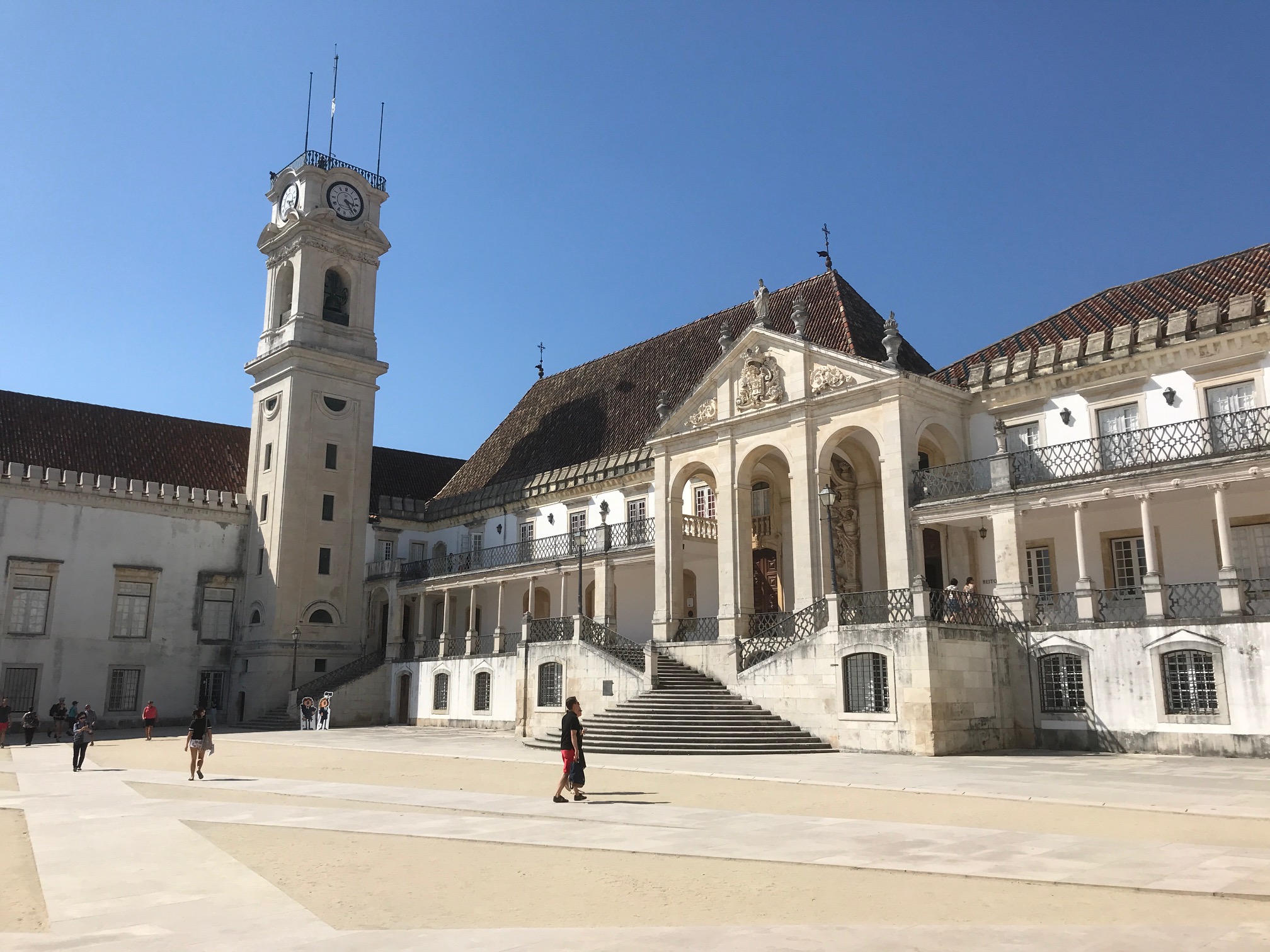